What is the Meaning of Easter?

What is the meaning of Easter? Easter is a special holiday for celebrating the resurrection of Christ. The resurrection occurred on the third day after his crucifixion on the morning of Passover in 30 CE.

While most people understand those basic facts, the meaning of Easter is something that many people tend to overlook.

The Easter holiday is a reminder that Jesus sacrificed himself for the sins of those who believe in him. It is also a time to remind ourselves that we have the power to overcome original sin and lead righteous lives. However, this is just a small part of the reasons why Christians celebrate the resurrection.

As Easter Sunday approaches, you may want to reflect on the origin of Easter and what it means to celebrate this special holiday.

Understanding the history of Easter

Looking at the history of Easter is a great way to gain a better understanding of its significance. The earliest Christians celebrated the Passion of Christ but there was not a set date for worship.

Traditionally, they celebrated the resurrection on the same date as the Jewish Passover. However, Jesus had his Last Supper on the evening of the Passover. The following morning, on the day of Passover, the crucifixion occurred.

Early Christian leaders decided that they should continue to celebrate the holiday following Passover. After the date of Passover was set each year, Christian leaders would set Easter for three days later. This resulted in Easter landing on different days of the week, depending on what day Passover landed on.

Some Christians began to celebrate it on the Sunday following Passover as Jesus rose from his grave on a Sunday, three days after Passover. Sunday is also the day set aside as the Lord’s Day.

Christians also began to distance themselves from Judaism and the Jewish calendar. During the reign of Constantine, the Council of Nicea established rules for determining the date of Easter.

They decided that Christians must celebrate Easter on a Sunday and never on the same date as the Jewish Passover. It would instead land on the first Sunday following the first full moon after the start of the spring equinox.

Christians continue to celebrate the holiday at the start of spring, which brings additional significance to the holiday and the resurrection.

The Spiritual Meaning of Celebrating Easter

Easter is always on a Sunday following Good Friday and at the end of Holy Week. Good Friday commemorates the crucifixion and death of Jesus while Easter celebrates his return.

On Easter Sunday, people are commemorating Christ's defeat of death. However, there is even more than that to the meaning of Easter.

If Jesus had not defeated death and risen from the grave, Christian faith would have been in vain. In fact, the defeat of death is central to the whole theme of Christianity and its message of a God who dies for the sins of his people yet rises again to show them that death has become but a gateway to salvation.

“And if Christ has not been raised, then empty too is our preaching and your faith.” – 1 Corinthians 15:14

The meaning of the holiday also requires a closer look at its connection to Passover and the New Covenant. Early followers of YHVH celebrated Passover long before Jesus.

In return for these covenants, God required His believers to acknowledge and confess their sins and ask for forgiveness. The believers would also commonly offer animals as sacrifices for their sins.

The Sacrificial Lamb and the meaning of Easter

Before Jesus, the Passover tradition included sacrificial lambs. When retracing the Passion of Christ, Jesus arrives in Jerusalem for Passover and on the morning of Passover, making him the sacrificial lamb for his followers.

Jesus understood that this would occur, as he explained during the Last Supper. According to Luke 22:20, when Jesus shared his bread and wine with his disciples, he said,

“This cup is the new covenant in My blood, which is shed for you.”

Based on these understandings of the origins of Easter, the meaning becomes clearer. This holiday commemorates our redemption from original sin. It offers the possibility of rebirth and salvation along with renewed or reaffirmed faith.

Why is the holiday called Easter?

Besides the meaning of the holiday, you may want to know how Easter got its name. There are two leading theories on the origin of the name.

The most popular theory involves a seventh-century monk called the Venerable Bede. At the time, Christians did not have a specific date for the celebration.

Bede agreed with the idea of celebrating it after the spring equinox. He explained that pagans had celebrated a goddess named Eostre during this time of the year. She is the goddess of fertility and the spring season and many believe that the word “Easter” comes from her name.

These are just two of the theories behind the name. No matter the reason for referring to the celebration as Easter, the meaning behind the holiday remains the same.

When does Easter occur each year?

The date of Easter can vary each year, depending on the date of the full moon. The earliest date is March 21st while the latest date is April 25th.

Determining the date of Easter is also necessary for determining other Christian holidays, including:

The dates of these holidays depend on when Easter lands during the year. For example, Good Friday is always the Friday before Easter Sunday.

What does the Easter Bunny have to do with the Meaning of Easter?

The exact connection between the Easter bunny, Easter eggs, and the celebration of Easter Sunday is not entirely known. However, many theologists believe that it started with the feast of Eostara.

Eostara was a pagan holiday held at the start of the spring equinox to honor the goddess of fertility and rebirth. Eggs and rabbits are both symbols of fertility that may have appeared in these celebrations. Tus we see the Christian meaning of Easter being essentially corrupted by the association with pagan fertility rites.

As Christianity spread, Christians adopted many of these early traditions for holidays held around the same times of the year.

There are also several theories concerned with why Christians continued to use eggs and rabbits during Easter celebrations.

The Easter Tradition of Decorating Eggs

The practice of decorating Easter eggs started in the 13th century. In those days, the churches required followers to abstain from eggs during the 40 days of Lent. They could then resume eating eggs on Easter Sunday. What this abstinence has to do with the meaning of Easter is still unknown.

In anticipation of Easter Sunday, they would decorate the eggs. By the 19th century, Russian aristocrats had begun exchanging jeweled and ornately decorated Easter eggs.

The modern Easter bunny may have started in Germany and came to the United States in the 1700s. Early German immigrants continued an Easter tradition of allowing their children to make nests for an egg-laying bunny called the “Osterhase”.

As this tradition spread, it eventually grew to include chocolates, candy, and other treats for the children. Decorated Easter baskets eventually replaced the nests.

What are the symbols of Easter? The Easter Bunny is a modern symbol of Easter. There are also many traditional symbols linked with this holiday, including lambs.

As Jesus was our sacrificial lamb, it has become a tradition to serve lamb on Easter Sunday. Jesus is the Lamb of God so at least this symbol preserves the true meaning of Easter.

The white Easter lily has also become a symbol of Easter. Many believe that this flower grew in the Garden of Gethsemane, which is where Jesus wept during the Passion. The white lily symbolizes honesty and purity.

The palm branch is another symbol. When Jesus entered Jerusalem, his followers waved palm branches and placed them on the ground to mark his path. Many churches distribute palm branches to their congregations at the start of Holy Week.

Conclusion: Easter is a time of rebirth

Easter is the holiest of Christian holidays. Unfortunately, as with Christmas, the true meaning gets obscured behind the commercialization of the holiday.

It is not a holiday about bunnies and eggs. It is a holiday that celebrates when Christ defeated death. The resurrection of Christ signals rebirth and hope.

Easter also marks a time to reaffirm your faith in the everlasting covenant. According to Romans 10:9,

"Confess with your mouth that Jesus is Lord and believe in your heart that God raised him from the dead and you will be saved.”

As Christ died for your sins, Easter is the time of the year to remember this sacrifice which carries the true meaning of Easter, and your commitment to your faith.

Celebrate Easter with our NEW Christian Range of Clothing and Accessories 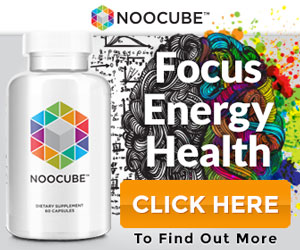